The Jeep Wrangler Unlimited Rubicon in standard trim comes with plastic bumpers. We dont have a “Special Edition” Rubicon. There are a number of special edition Wranglers that came with steel bumpers from the Anniversary Edition to the 2017 Winter Edition. One of the most common aftermarket upgrades to most Jeeps are the bumpers. While the stock bumpers are lightweight and offer legal coverage, they often limit approach/departure angles and as a result, suffer casualties on the trails. Its difficult to attach lights and winches and any other gear you may need. The standard tire carrier on most Jeeps are also mounted on the rear tailgate so offloading the extra weight of the bigger tires to the bumper is a better option.  As far as I can remember, there havent been any stock Wranglers offered with a bumper mounted tire carrier. There are a number of quality aftermarket bumper manufacturers on the market today. Some of the more popular quality ones include Poison Spyder, Fab Fours, and GenRight Offroad. Most offer a bumper mounted tire carrier. Many of these are built for serious rock crawling duty and offer a great look, great protection, and even more clearance for your adventures.

For my build, after looking at a lot of pictures online and making the decision that we were building a Jeep that was mostly for overlanding adventures, we decided to stick with the same company that has been providing Jeep with bumpers for their special edition vehicles for years and the same manufacturer that we bought our suspension lift from, American Expedition Vehicles (AEV). One of the reasons we chose AEV was because of its history. They have been in business for quite some time and the fact that Jeep turned to THEM to provide parts was quite telling. More recently, Chevrolet gave the official nod to AEV with the release of the Colorado ZR2 Bison.

The rear bumper really caught our eye. Instead of tacking on 3 or 4  “jerry cans” or RotopaX for extra gas and water, AEV allows for 5 gallons of water in the bumper itself and another 10 gallons of gas in a nice tank tucked behind the spare tire (see pics below). The bumper mounted tire carrier also has an integrated Hi-Lift Jack mount, an integrated Pull-Pal mount, nice mount for a shovel, and mounts for rear lights as well as the CHMSL. All without looking like I’m Mad Max running through my concrete jungle. They look like they were designed and installed at the factory and it even has a nice winch mount on the front bumper that nicely hides my Warn Zeon 10-S. The bumpers are full width and the front bumper has a nice hoop and also comes with mounts for 2 driving lights. While you can get away with 6″ IPF lights from ARB or someone similar, I will probably opt for a Rigid Adapt light bar or two 7″ ARB Intensity’s. That is still TBD and may show up in a next post. Until then, thanks for reading and enjoy the pics! 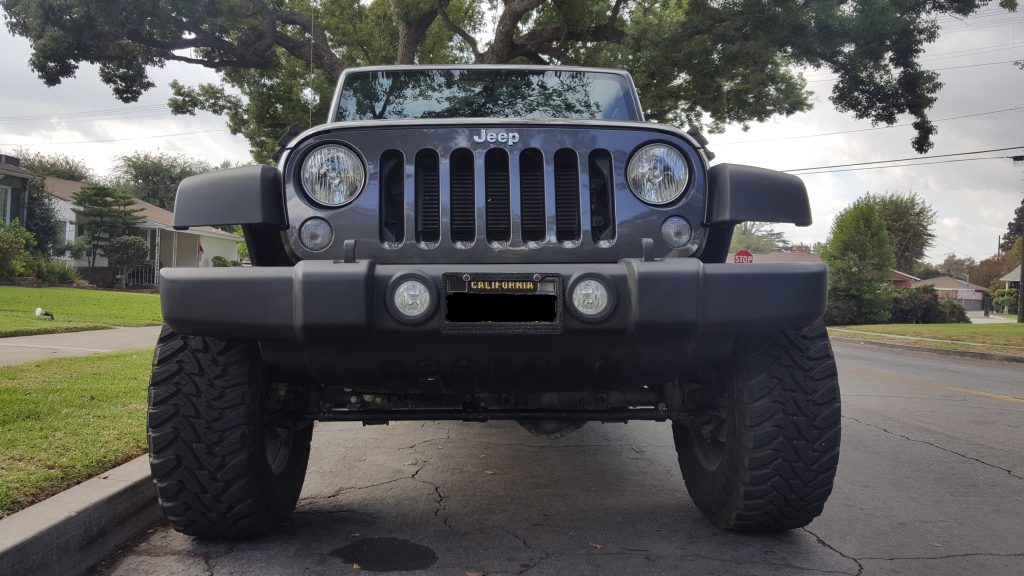 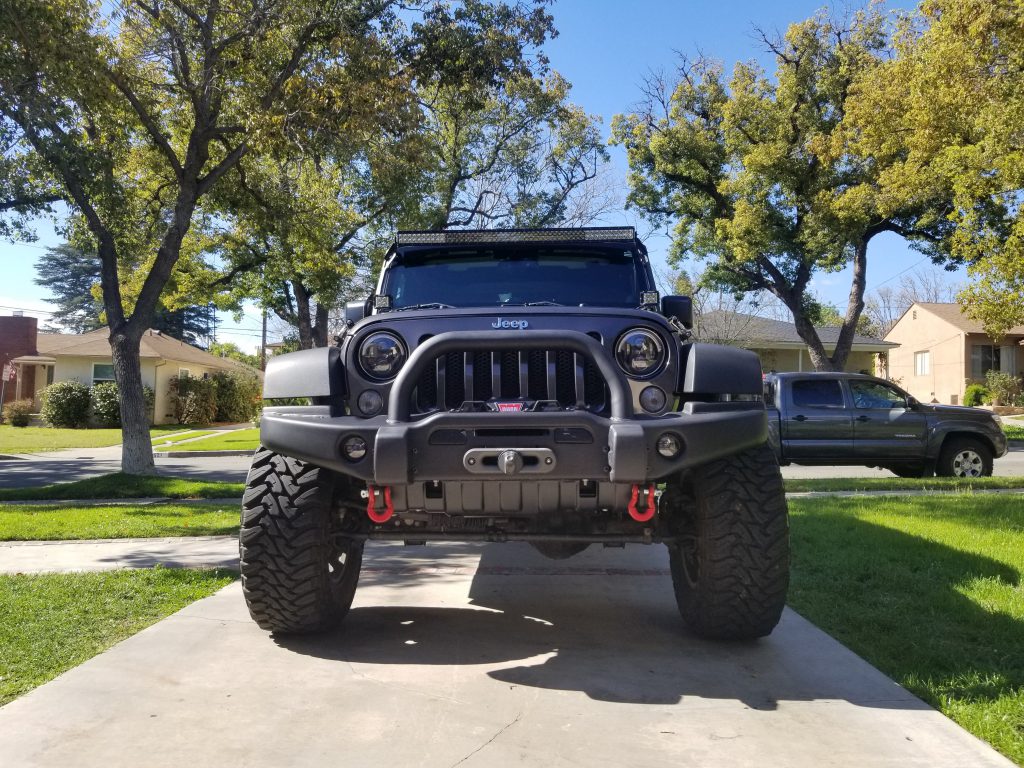 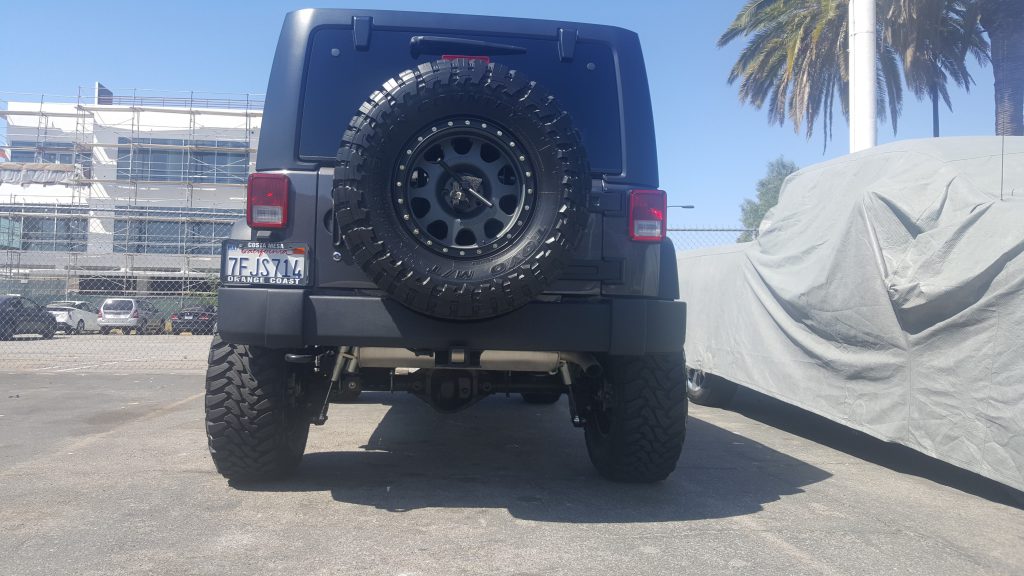 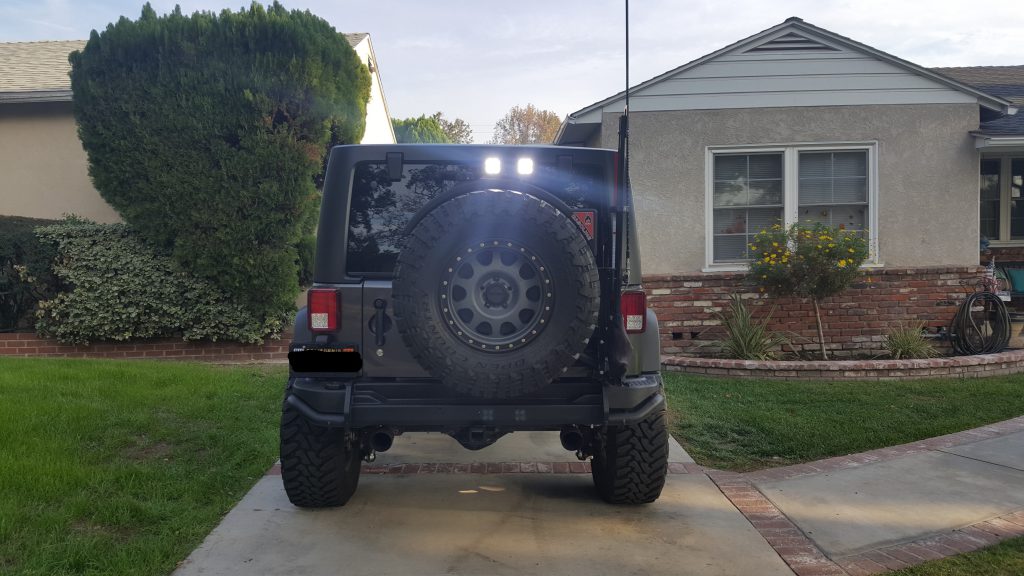 Closer look at the Hi-Lift Mount (and FireStik CB Antenna): 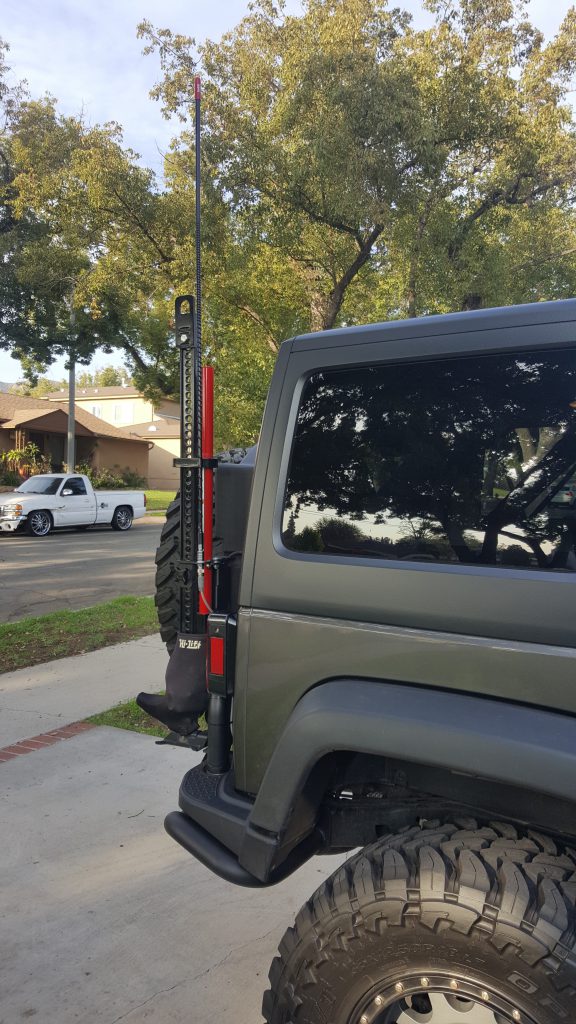